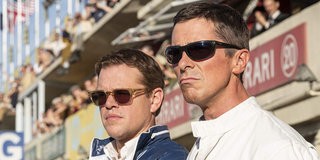 Road racing is box office gold right now as “Ford v Ferrari” graces screens in more than 3,500 theaters. The film, which reportedly cost nearly $100 million to make, has already grossed over $140 million worldwide after being released just three weeks ago. Very well received by audiences, the film is more than a racing flick. It tells the story of a handful of gentlemen who were truly “characters.” If you’re on the fence about seeing the movie, take a look at the trailers and behind-the-scenes clips available at the official “Ford v Ferrari” website.

The film is based on the story of visionary American car designer Carroll Shelby, played by Matt Damon, and British-born driver Ken Miles, played by Christian Bale. Together they battled corporate interference, the laws of physics, and personal hurdles to create a revolutionary race car for Ford Motor Company and take on the dominating race cars of Enzo Ferrari at the 1966 24 Hours of Le Mans in France. But before Le Mans, the duo competed in Sports Car Club of America events. You could argue that SCCA is where the racing story of “Ford v Ferrari” got its start more than a half-century ago.

Today, Sports Car Club of America is still where people can go to get their “start” in motorsports. For 75 years, SCCA has been putting automotive enthusiasts behind the wheel and out on track. SCCA remains the fastest way to go racing with many different options and programs that let everyday people get involved in motorsports.

Jason Keller, screenwriter for “Ford v Ferrari”, finished his first draft of the movie’s script a decade ago. But thanks to the Sports Car Club of America, you don’t have to wait a decade to make your motorsports dream a reality. Check out SCCA.com to learn about all the opportunities to get involved and have fun with cars, or just go ahead and become a member today! 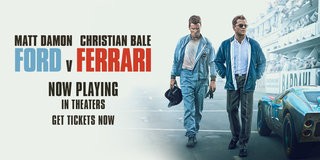