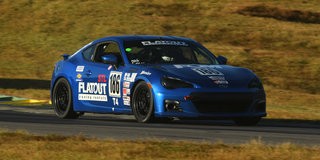 Leverone started second and watched 15-time and class defending National Champion John Heinricy take an early lead, but by lap eight of the 15-lap race had closed to the back of last year’s winner. On lap 10, Leverone and Heinricy were side by side for the lead through turns two through five, but it took a run down VIR’s long back straight and into Turn 14 before Leverone claimed the lead.

The win was the first Runoffs podium for Leverone in 11 starts.

“It feels unbelievable,” Leverone said. “I was in the car on the last lap and I was choking up because I couldn’t believe I was going to win the National Championship. It’s just great. The field this weekend in T4, how much closer could it get? This class is unbelievable. There were 10 of us, all within a second.”

Quance started ninth in the field of 25 but began a steady climb toward the front in his No. 68 Drake Motorsports/Miata Graveyard Mazda MX-5 almost immediately. He picked up three positions on the opening lap, and was into fourth by lap six. His final two positions came on the same lap, clearing Blethen in the battle for third and shooting around Heinricy, who had begun to slow on track with mechanical issues in his Tire Rack polesitting No. 35 Toyota 86.

Alone in second but several car lengths back to Leverone, Quance crossed the finish line second in his first Runoffs appearance.

“I had an odd number starting position, so I was on the inside,” Quance said. “I tried to capitalize on the position I was in and be aggressive to stick with the top guys as best I could. After that I tried to run consistent laps and take advantage of opportunities and close the gaps. It feels awesome. I didn’t expect to be here, especially qualifying ninth.”

Blethen was right behind Leverone early, but a broken sway bar slowed his pace through the corners. That struggle slowed his No. 50 RST Performance/KONI/Precision Mazda RX-8’s lap time by at least a full second per lap, leaving him a sitting duck as Quance came marching through. Heinricy’s concurrent issues gave him a second chance, and he capitalized for a third-place finish.

“I’m super pumped to be here,” Blethen said. “I didn’t know what to expect coming here with a top notch T4 field. During the race, I was right with the top guys and I was doing a little lifting because I wanted to work with Nick. I’m New England proud, and I wanted us two to be on the podium. Then I broke a sway bar and it all went out the window. With two laps to the end, I thought I had a third. But John picked it back up and passed me where I didn’t think he would. We had a fight, it was awesome.”

Owen Schefer moved into fourth on the final lap, while Heinricy hung on for fifth place. Brent Simonson earned the Sunoco Hard Charger, improving 11 positions from 17th on the grid to sixth at the finish.