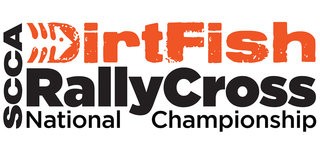 The Dirty Cup, presented annually by the RallyCross Board, recognizes an individual who has made an extraordinary contribution to the sport of SCCA RallyCross over time. The award recipient can make their contribution as a competitor, organizer, worker, administrator, etc. The contribution of the winner shall have had a positive impact on the program nationwide. The 2018 recipient is Ron Foley of the Atlanta Region.

Next is the Spark Plug Award presented for an outstanding effort in promoting and publicizing RallyCross using multimedia to further the recognition and growth of the sport. This award can be given to an individual, region or division. For 2018, the Spark Plug Award goes to Leon Drake of the Tennessee Valley Region.

And finally, the True Grit Award is presented for an outstanding effort in either competing in or organizing the RallyCross National Championships. Whether it is overcoming adversity to compete or being an official whose effort made the event better for all, the award winner will have shown a dedication to RallyCross Championships. A three-member panel of two competitors and one RXB member select the winner. The 2018 True Grit Award recipient is Sean Grogan of the Detroit Region.

Congratulations to all three award winners.